If you’ve ever been in a doctor’s waiting room, it’s pretty obvious where the name comes from. What I don’t understand is why in the world, they have to be so uncomfortable. The doctors know we may be packed like sardines in these crowded rooms, as we endure hours of listening to coughing and sneezing, and use rolled up newspapers to fend off dozens of sick children,with every illness known to man. Have you ever had to turn to a frazzled looking mother, and say, “Excuse me miss, but I think your son may have the bubonic plague. Could you please have him refrain from licking the magazines?”

Would it really hurt to invest a few dollars, and maybe add, comfortable, vibrating recliners, a fifty-two inch, big screen TV, and a popcorn machine? It also might make the wait more bearable by constructing a playground for the kids, one or two interesting arcade games, some live entertainment, and relaxing and comforting therapy. A piano player, tickling the old ivories, and an on-site masseuse would be nice. I’ll bet the complaints from waiting patients would drop dramatically, and you might even hear the receptionist say, “Mr. Dykie, the doctor will see you now.” I would probably reply, “I’m sorry, but do you think he could take someone else before me? The games not over, my beer is still half full, and this back massage is heavenly.”

What’s the first thing you notice when you sit down in a doctor’s waiting room? The chairs, right? Most of them are as hard as concrete, and made of some rock-like vinyl substance. The chairs are so bad for your back, I’m surprised they don’t have business cards from chiropractors taped to them. What happens when you sit in them? You’re right again; your sweaty back sticks to the surface and you can’t get up. You then hear, “Mr. Dykie. Last call for Patrick Dykie, or we’ll have to take another patient.” Somehow, with great effort, you manage to crawl to the front desk, only to be met with, “Oh, there you are. What are you doing on the floor, and how long has that chair been stuck to your back? Would you like some pain medication, and should I call a good carpenter?”

If you take a close look, you’ll notice that the chair you’ve been ensconced on for two hours has multiple, and quite disturbing discolorations dotting the surface of the vinyl. When you bring it to the attention of the office staff, don’t let them convince you, it’s only the latest, and most up-to-date, multi-colored patterns from the mind of Martha Stewart. Those green and black splotches are infectious bacteria deposited by runny nosed kids, which have multiplied exponentially, into gigantic, disease-spreading colonies.

How many of you have ever gotten writer’s cramp, or worse yet, carpal tunnel syndrome from filling out paperwork in a doctor’s waiting room? Have any of you ever been able to fill out all the information without help? It’s almost impossible for any sane human being to remember their complete medical history. I’m lucky to remember my wife’s birthday, and our anniversary, let alone some obscure childhood disease. Luckily, I had my cell phone handy. I needed to make some calls, but I think I got everything. Some of my conversations went like this.“Hey mom, I have a question. Did I ever have chicken pox?” “Honey, I’m at the doctors. Was that the second or fourth metacarpal bone of my index finger, I broke on our honeymoon?” I even called Mr. McGinty, my ninth-grade gym teacher, to ask if it was my right or left collarbone, I broke playing touch football.

Have any of you while waiting for the doctor ever encountered what I call “the waiting room tease? “The nurse at the front desk will come out holding a clipboard, and announce your name. You’re so happy to get out of the vinyl chair that you ignore the horrific back pain, leap to your feet, and sprint to the front desk. When you get there, instead of leading you down the hall to see a doctor, you’re handed more paperwork to fill out. Now, you’re forced to slink back to your seat as dozens of mothers with grins plastered to their faces, exchange knowing glances, along with slight head nods. I’ve even seen nurses come into the waiting room and inform patients that the doctor will be with them shortly. I once asked, “Nurse, what do you mean by shortly? An hour ago, you said he would be with me in a minute. Is shortly some kind of fancy new medical terminology that means, keep waiting loser?”

Have you ever had the receptionist tell you, the doctor was running late? What do they mean by he’s running late? If I looked out the window, would I see, a tightly bunched group of fit medical professionals, wearing velvet jogging suits and Nike running shoes, as they raced towards the clinic?

Have any of you ever waited for what seemed like hours in the waiting room, and then been led down a hallway into a second waiting room? This actually happened to me once. It wasn’t as big as the first waiting room, but it did have those same vinyl chairs, one sick looking patient, and an assortment of magazines. I didn’t even have the air in my lungs to complain. I just stood there in shock. Do you think that once in a while they get tired of you, or the doctor doesn’t show, and they’ll lead you to a third door with a waiting room sign? Once you’re through, you’re simultaneously blinded by bright light, and the door quickly closes behind you. You then find yourself in an alley behind the clinic, next to a dumpster, a homeless guy, and two other patients wandering around aimlessly, while muttering, “What the heck?”

I have a question. Do doctors ever buy new magazines, or are they passed down from generation to generation? I wonder if some of the magazines should be stored in museums as priceless, historical artifacts. I was in a doctor’s office once, reading the only magazine to hold my interest. It was a June, 1984 copy of the inaugural edition of “Marijuana Growers’ Quarterly “Hmmm……… Interesting; ultraviolet light, hydroponics, and liquid fertilizer.”

As I was intently reading, and furiously scribbling down notes, I happened to glance down at a nearby Newsweek Magazine with a front-page headline that said, “Japanese Bomb Pearl Harbor.” Oh, my God – not again! I jumped up, changed the television channel to the news, hoping to get some information on the tragic events. I needed to know if there were any casualties, and possibly learn more information about some distant relatives who live in Honolulu. It was only then, I noticed the magazine had an issue date of December, 1941. I told you the magazines were outdated.

Whenever I go to the doctor’s, I always wonder about some things. How come there is only one television, it doesn’t have a remote controller, it’s too high to reach, the volume is too low, and it’s always turned on to The View? Why, when there are dozens of empty seats, does the man who may have tuberculosis, or the five kids who look like they possibly have some rare, and debilitating form of leprosy, sit right next to you? What’s with the thick plexiglass window with the tiny opening, separating the person behind the desk from the patients? They must know the office is a cesspool of bacteria and germs. Why, when I go to the doctors for a routine exam, do I always end up getting sick? How come those scales at the doctor’s office always say you’re ten pounds heavier than your scale at home?

Oh, one more thing before I move on to another simple observation of everyday life. On your next visit to the doctor’s office, could you do me a favor. See if there’s an elderly gentleman in the far corner of the waiting room, who appears to be sleeping. If there is, please check his pulse, clear off some of the cobwebs from around him, and gently wake him up. As a warning; don’t be surprised if he glances at his watch, jumps up, and says, “Oh my God. I’m going to be late for the prom!” 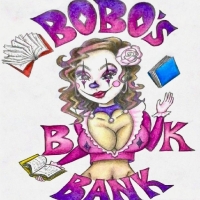 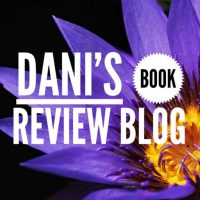 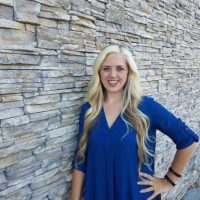