I recently started a new job that requires me to leave for work, a few hours before the first rays of sunlight creep over the eastern horizon. This schedule, has forced me to take my dog, Chase, for long walks at three in the morning. We now venture out, in total, all-encompassing darkness, devoid of any comforting light. I didn’t think it would be, but it’s kind of spooky out there.

Like most people, I have a few fears. Once in a while I’ll have a terrifying nightmare, of being accidentally pushed by my wife from a cruise ship balcony. Frantically treading water in a deep and dangerous ocean, with unknown terrors lurking below, I’ll catch a glimpse of a huge dorsal fin, right before I feel skin as rough as sandpaper, brush against my pajama covered leg. Of course, like most men, I fear the other team throwing a hail-Mary pass with three seconds left in the super bowl, prostate exams, Sunday night dinners at my in-laws, and charging grizzly bears. Oh, I almost forgot another thing that may cause a few sleepless nights. How about charging mother-in-laws? Especially, after you refuse to finish the last of your fish-head casserole. Now, that’s scary.

I don’t consider myself particularly brave, but I’m usually not afraid of my own shadow. I’ve never really believed in, or been scared by the thought of aliens, ghouls, werewolves, vampires, zombies or big foot. I guess, I kind of believe in ghosts, but I’ve never seen one, so I’m not sure if they would frighten me or not. I can tell you this. After almost twenty-three years of marriage, it takes a lot to really scare me.

I did learn something interesting the other morning, when Chase and I, went on our first nocturnal walk, on dark and solitary streets, hours before the first signs of life-giving sunshine, pushed back the darkness. As a grown man, I shouldn’t be afraid, but nighttime walks can be an unnerving, and spine-tingling experience. A quiet, safe, and familiar suburban neighborhood with nearby farms and patches of woodlands, transforms into a veritable house of horrors at three in the morning. Even Chase, was a little hesitant to step out of the garage, and face the night. He’s a little over a hundred pounds of bone and muscle, and usually fearless, but as I pulled on his lease, he seemed to be thinking, “No, I’m okay. I think I can hold it in for a few more hours. Besides, you never gave me a flashlight. Just turn around, have another cup of coffee, and relax. You got a big day ahead of you.”

What is it about a leisurely stroll in the dead of night that’s so incredibly creepy? As Chase and I, swiftly made our way down deserted sidewalks, we moved beneath a bright and eerie full moon, among the shifting shadows of towering elm trees, and amidst the sounds of thousands of nocturnal insects. Except for unknown night creatures rooting through garbage cans, the occasional fluttering bat, and a lone paper delivery man, who raced through empty streets as if fleeing some unknown horror, we were completely alone.

Even muggers, drug dealers, and other criminals, had abandoned the streets, and were probably home safe,  buried under piles of blankets, with night-lights left on to beat back the darkness. Our nocturnal walk was so hair-raising, when I finally got home, it took me at least half an hour to comb down the follicles on the back of my neck, before leaving for work.

I don’t know if it was my vivid imagination, or maybe my eyes were playing tricks with me in the dark, but I could have sworn, I caught fleeting glimpses of the misty, ethereal presence of floating ghosts. Out of the corner of my eye I may have even spotted stealthy aliens prowling the landscape, in search of test subjects for horrifying experiments, or possibly for mating opportunities. The nearby cemetery was filled with either, a reanimated corpse prowling among headstones in search of human flesh, or Mr. Grimley, the groundskeeper, getting an early start, preparing for the Peterson funeral.

Today, after getting home from work, I decided to write down a few things to possibly help other brave souls, who may be forced to face their own personal demons on early morning walks. Besides procuring a light and comfortable pair of running shoes, a dependable flashlight with spare batteries, and a steaming cup of strong, caffeine infused coffee, here are a few rules to remember, to ensure a safe return home.

If you hear an indeterminate and stealthy sound, somewhere in the impenetrable darkness, don’t loudly shout out, “Who’s there?” Not only will multiple porch lights go on around you, but the chances you’ll get an answer are pretty slim. Don’t expect to hear, “Sorry, it’s just me, Ed, the local crackhead. I was sneaking up on you with this two by four, in the hopes of possibly clubbing you senseless, taking your wallet, and scoring some drugs. I guess my answering you kind of ruins my plans, huh?”

You may even hear something you’re not prepared for, like,” This is death! I have come for you. That tightness in your chest isn’t indigestion from those twelve burritos you ate last night.” Even worse and more terrifying, you may hear a cold and dark, yet familiar voice from your deepest, darkest nightmares, whispering in an insidious, and heart-stopping voice, “This is your ex-wife Cheryl. I’ve come back to either, get back together, or emasculate you one more time.” Is it just me, or is it getting cold in here?

As you slowly meander off relatively safe sidewalks, onto roads abutted by woodlands or endless cornfields, do yourself a favor. Do not, and I mean this sincerely; do not shine your flashlight into the nearby forest, towering corn stalks, or trash strewn abandoned properties. Keep your weak and dying light firmly trained on the path ahead. If you do swing your light to one side, chances are you will see either glowing, evil red eyes, a huge fur-covered head with razor-sharp canines, a living, demonic scarecrow, or something so frightening and horrifying, I hesitate to even say it.

I made the mistake of panning my flashlight out into a small grassy area next to a pond that lies across from an old farmhouse, located at the far end of my development. I caught a fleeting, but shocking glimpse of old man McDougal and his wife, Bernice, celebrating sixty years of wedded bliss with a late-night skinny-dipping session in the cool clear water of their fish pond. I’m not ashamed to say that what I saw will haunt me for months!

For all of you brave men and women out there, who are forced to trek the lonely, frightening, and dark nether world with a study plastic bag, and a pooper scooper clutched firmly in your hands, I have some final words of advice. If your dog stops, remains perfectly still, begins a low guttural growl, then proceeds to whimper pitifully, breaks free from his leash, tucks his tail between his legs, and races for home; For the love of God, please follow him – and don’t look back. 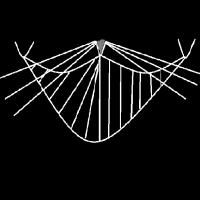 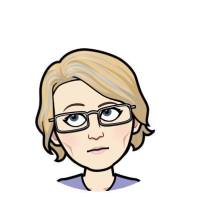 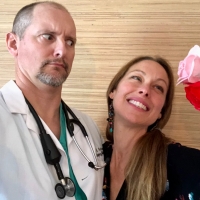 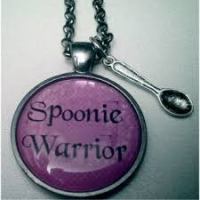